In case you’re one of the few people who’ve managed to miss my news, THE TESTAMENT OF HAROLD’S WIFE is coming out September 25 from Kensington Books.

I thought you might enjoy the real-life stories that gave life to this novel.

There were two completely different experiences that planted the seeds. The first had to do with what I interpreted as an expression of overwhelming, unbearable grief and anger, something I saw deep on a slushy, dreary December twilight on my way to the grocery store. At a traffic light, I caught up to a black monster SUV on oversize wheels. The windows were tinted dark, and the SUV loomed huge, my little silver Honda’s windshield seeming like the target of its exhaust pipe. There was just enough time to skim the white lettering that stretched across the SUV back window: a date, two sets of curvy lines (angel wings?) with the name Nicholas in between them, and then another date. Underneath was written A Grandfather Never Forgives. I was moved, saddened, intrigued. A bit horrified. What could the grandson have done to arouse such rage? I began thinking about what understanding I could dig for.

The traffic light changed too quickly, and the SUV made a left turn. Impulsively I followed it, hoping to glean more. I imagined a possible scenario: maybe Nicholas had been a teenager, repeatedly warned against drinking or smoking pot, say, but he’d done so, and killed himself and other people in a car. Or, then I thought—wait! Who exactly is the unforgiven? There’s another story in it, perhaps. Maybe someone else killed the grandson? What can I extrapolate about how people express grief? What else is this grandfather doing?

That’s how a novel started from an SUV I saw on the way to the grocery store, but I saved the idea and set it aside to keep working on the one I was writing at the time. I wish I’d had the presence of mind to take a picture of that SUV. At the time, I didn’t know that it would fit with other experiences that would start later, in the spring, so compelling that I’d start THE TESTAMENT OF HAROLD’S WIFE right then because I’d met some of TESTAMENT’S most memorable characters. The chickens.

Given my love for the natural world, I hit the jackpot when my dear friend Diana lost her mind and brought home four baby chicks in early April the same year. I gleefully recognized that I could use chicken-raising in a novel based on the fun of this effortless research. My husband and I went over to see the brood box lined with pine shavings in their garage. It was masterfully done, complete with heat lamp, two large thermometers, feed and water systems. A small roost completed this chick world, the entirety of which measured about two by three feet with eighteen inch high walls. It had to be maintained at ninety degrees; I hear chicks are picky about that. Apparently there’d been one screw up on an especially warm day and all the chicks’ eggs had nearly been fried before they’d ever been laid, but the overzealous heat lamp had been corrected in time. Weeks passed and the ordered-in-advance coop didn’t come and didn’t come. It seems that baby chicks grow faster than dandelions in April. The brood box was expanded, but finally Diana had to let them loose in the garage during the day so they didn’t peck each other to death or whatever chicks do when the brood box gets too small. While Diana and husband Nik were at work, the growing chickens ran around pooping on a garage floor that’s normally kept more pristine than my kitchen. At night they’d go back in the brood box to sleep while Diana scrubbed the garage floor to relax.

Meg, Jo, Beth, and Amy they were named, three of them Americaunas and one, Jo, a Rhode Island Red of the variety known as probably. Diana said Jo’s the sweet one, introducing me to the idea that chickens have personalities. Better and better fodder for fiction, I said. I had practically begged her to name them after the Dixie Chicks, with the biggest and yellowest called Dixie, and the others to be Martie, Emily and Natalie, but my brilliant and creative nomination lost out to her husband’s staid suggestion. Maybe I should have been thrilled they went such a literary route, but Dixie and The Chicks appealed to my unmuzzled political side. Anyway, now I’m happy Diana didn’t use the really good names because they’re all mine for another novel.

The big, heavy coop finally arrived in a large truck delivery, and was uncrated, assembled and connected to a newly-constructed chicken run in record time, all the while Diana eyed the birds especially closely. Oops. The chick she’d named Amy was starting to look alarmingly like an Amos. We tried to reassure Diana that the thing emerging on top of Amy’s head was probably a wart, not a comb, even if she did have those unfeminine, thick legs. The worry was that chickens are perfectly legal within the city limits, but roosters are a giant no-no. And for a while, it was looking like there could be more bad news—Meg had started to raise a bit of suspicion, too. Was she briefly cross-dressing, or was she really Mark? You can imagine the fun I was having with all this, can’t you? This stuff was so compelling I had to set aside what I was working on and start to get down some ideas for a novel that started with that grandfather somehow and involved these chickens. Diana wasn’t the only one who had lost her mind. Meanwhile, the chicks finally got big enough and it got warm enough weather that they could all be out in the coop, Diana having become a reluctant expert on sexing chickens.

I ended up moving the setting of the novel from my university town to the southeastern Indiana farmland that’s close enough to where I live that I’d traveled across it once a week for years on the way to take one of the family kids to flute lessons. I was ever-aware of the land as I drove through it, watching the plowing in the spring, the planting, the rising corn, how it silvered in the sun. Harvest. Combines crawling across the acres like slow ships on an inland sea. The novel needed a rural sheriff who’d have, in his way, taken and not taken the law into his own hands. It needed hunters. And so I moved Jo, Beth, and Amy (Meg, like the real Meg, had died) and Marvelle, a haughty tuxedo cat, to a small family farm on the kind of land I know so well. Harold’s the grandfather I conjured from that SUV, who would never forgive. Louisa, Harold’s grieving, angry, but still sassy widow, whose adult son Gary routinely drives her nuts, seemed entirely natural in southeastern Indiana. As does her devotion to her land and the creatures that live on it. To find out what she does, you’d have to let her tell it in her own kick-ass way.

I so hope you’ll do that, and that you’ll love Louisa. Maybe you’d consider pre-ordering the novel? Here’s why it’s such a huge boost to a book. Books that are pre-ordered are added to a book’s first week sales. First week sales are incredibly significant to the amount of attention a book gets which in turn may affect the size of the print run, advertising plans, and help to generate professional reviews. As you may know, the only other thing that really helps a novel succeed (other than positive reviews, of course) are the sheer number of reader reviews on Amazon (unfortunately—that site carries the most weight) and Goodreads, now linked to Amazon. If a book gets fifty reviews, Amazon starts recommending it to readers looking for books similarly tagged. So not just for me, but for all authors whose work you either intend to read—preorder!—or do read—leave a review. ONE SENTENCE counts as a review. Two words counts as a review, believe it or not.

Finally, I’m really proud to let you know that Kensington Books has partnered with Mothers Against Drunk Driving. The publisher is donating 200 copies for me to sign and give away at a MADD anniversary event on September 29, as well as featuring the MADD logo in all advertising. I’ll also be donating a portion of my royalties to MADD. 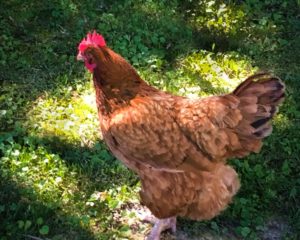 18 Responses to The Story Behind The Story

I'd love to know your thoughts, whatever they are. Here's a place to leave a comment. Cancel reply